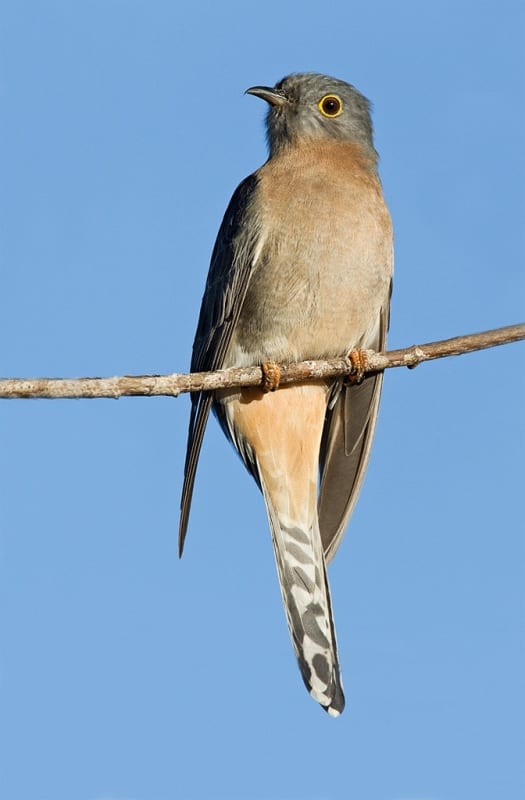 Bird measuring 25-27cm in length, with a yellow eye ring, mid-slaty grey wings and underparts entirely cinnamon. They have a long tail tipped and barred dull white. They are a member of the Cuckoo family. Cuckoos are widely known for laying their eggs in the nests of other species of bird and thereby relying on other bird species to raise their offspring. Fan-tailed Cuckoos adopt an upright pose, often staying on the one perch and calling for long periods. Their habitat includes wet eucalypt forest, open forest and rainforest margin. The bird hunts from its perch.

The bird is fairly common in the region, especially around coastal communities. They are noted especially for their yellow eye ring which help distinguish them from the similar Brush Cuckoo.